Cool but relaxed club that really reinforces why Melbourne's clubs are world class. Dedication reigns supreme in all directions, the DJ is decent and switched on door crew ensure the right people will be partying with you.

The cecor makes you feel like you've stepped into a Brothers' Grimm fairy-tale - mushroom-shaped stools, forest wallpaper and quirky statues and nick-nacks everywhere! They also have cheap drinks (2-4-1 sometimes and great cocktail jug specials). An interesting, fun place to go for after-work drinks in the city!

This place is full of charater and its like another world. On entrance I was met by a forest laneway, then a picket fenced staircase and then a bar reminiscent of a dark woodland area. It was early on a weekday and there was already a few after work groups drinking. Little creatures were all over the venue, in the form of a pharoah, frosty the snowman and a comical stalk looking at you in the corner amongst them. The venue had many seating areas that would all appeal to all size groups: from large groups in the kitchen (and I mean kitchen, supplied with vegetable wallpaper), to medium size groups in the back cubby house with its own smokey chimney and smaller groups in the inside curtained gazebos. I had a drink outside on the smoking balcony, sitting on a mushroom seat- yes mushroom seat! Although I wasn't there for the club night, the dance floor would definitely appeal to younger funky folk - even the DJ console resembled an organ. I would recommend this venue for those that like a drink in a place that's in a league of its own - fantastical and refreshing! 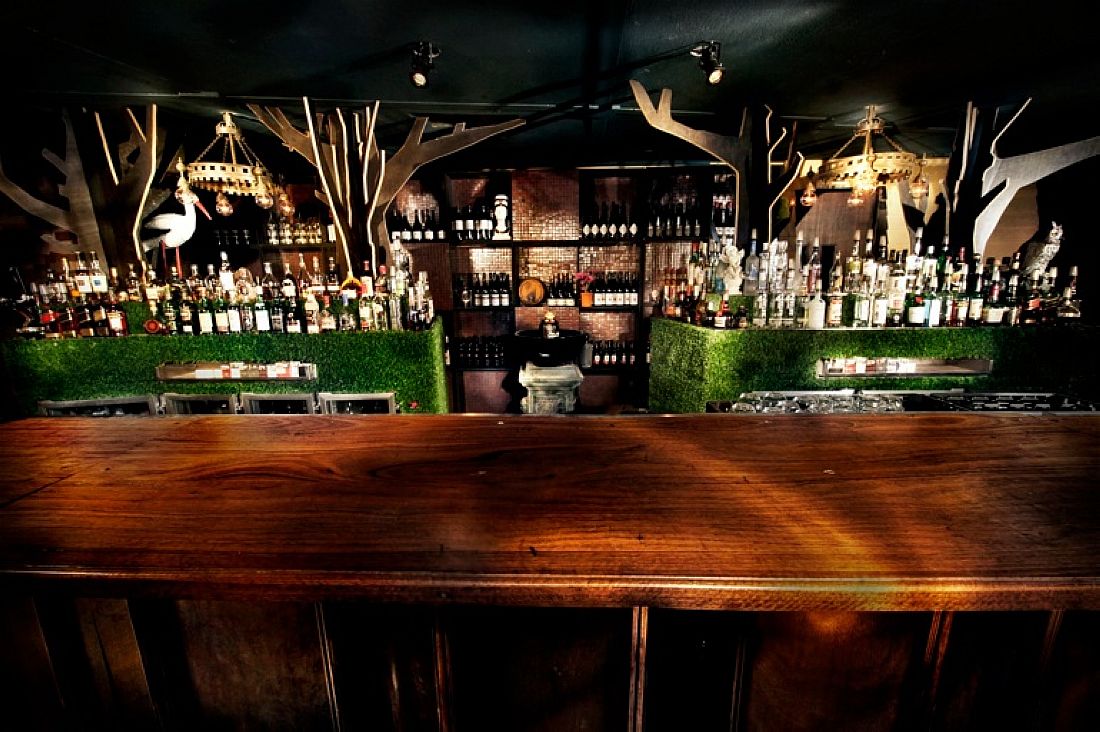 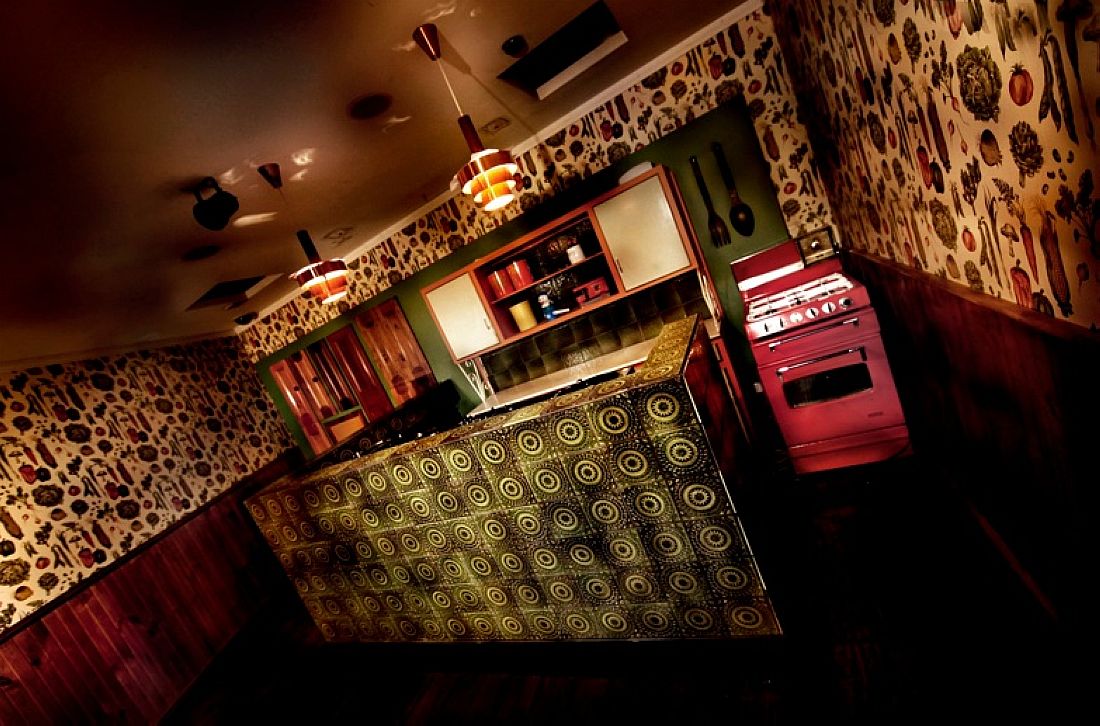