If you want to go where the locals go, the Town Hall Hotel is probably the most popular pub in North Melbourne. And it's easy to see why, too. Ransack a second hand shop, throw in lots of little lamps, and then plaster the walls with quirky 70s record covers is a formula that works well to create a laid back and happy young to middle aged crowd.

Tunes are piped through the pub to get the groove happening, and solid meals go down a treat. Give this one a try; you'll like it.

More hidden than most, but head through the kitchen area down the back and you'll discover a leafy little beer garden, just perfect for that Sunday sesh.

It's an old-school pub and a local icon and at the time of writing has resisted the trend of updating to a bare, minimalist, soulless shell of a spot. Thumbs up!

I've played in bands in the Melbourne area for teen years now and this pub is still one of the best sounding rooms.It has a cool roof and great sound with little need for fancey P.A gear. Just somthing to mic the vocals and yer off.

Walking into the Town Hall Hotel front bar is sort of like walking into a junky lounge room of a really old house. It's 9 pm Saturday night and the bar is full. First impression is a long narrow bar room and as you walk the old floorboards move under your feet and the carpet is really old. There's room only at the bar to order a drink and then find a place to stand. There's so much character in this place though & if the walls could write they could write a series of books I'm sure.

On the shelving above the bar and around the walls it's chockas with music memorabilia and knick knacks ... sort of like what you might find in the bedroom of a 50 year old music fan who has been collecting memorabilia since he was a teenager; posters of muso stars on the walls, album covers from 33 1/3 era, glasses & liquor bottles on shelves behind the bar fight for space with stacks and stacks of CD cases and a CD player, more memorabilia (ornaments etc) ...

I guess most of this memorabilia probably goes pretty much un-noticed to the regulars that drink here. They would be able to pick us as first timers though. My girlfriend & I buy a drink and then gaze about a bit. I turn my head back the other way to look at something that has attracted my girlfriend's attention on the wall behind me ... a framed poster of a young Rod Stewart on the wall to the left of me.

There is stuff everywhere to look at and it's all amazing & interesting stuff. Even the graffiti on the walls & ceiling of the toilets.

Anyway, we came to listen to a band that is supposed to be playing here tonight. I look around and wonder, where on earth will there be enough space to fit a band in here??

I see a door up at the other end of the bar and we head for it and venture thru.

It leads to a short passage that passes the Mens (and Ladies). It also has an open side to an alley that runs alongside the pub. A van is parked in the alley and guys are unloading band gear. Some drums and a bit of gear has already been unloaded & stacked against the wall in the narrow walkway outside the Mens. We dodge some of the gear as we walk past and we go through a door marked Dining Room.

Inside the dining room all tables are full with diners and there is no spare floor space anywhere. Definitely no room in here for a band.

A guy that looks like he works here walks past us and I ask, "Where does the band play?"

He asks, "Are u with the band? We'll be clearing some of the dining tables away soon to make room."

We decide to go back to the bar ... but on the way we have to pass the 'Mens' and it reminds me that I need to go. In I go .... the walls & even the ceiling is covered in graffiti. Some are really amusing so I go back out and invite my girlfriend in to take a look at some of the writings on the walls. She is totally amused too.

Next it is back to the bar for another drink and to wait for the band to set up in the dining room.

By 10.30 the band is fully set up & ready to play in the dining room. It's really cozy, there s no room to spare ..... all tables are full & as the bands cranks up more people now come in from the bar and from the beer garden and stand anywhere they can.

After the band has played a couple of intro songs people start dancing.
The dance area is really small & crowded so a table is removed to make more room. The place begins jumping ... a great atmosphere and it stays that way until kick out time.

The Town Hall is an absolute treasure for lovers of the traditional, no-frills pub. No yuppification or pandering to folk with more money than sense: just good beer, great meals (traditional pub food with a bit more class than usual), and a quiet, out-of-the-way place to sit which doesn't get too crowded and has real personality. And the beer garden's great! 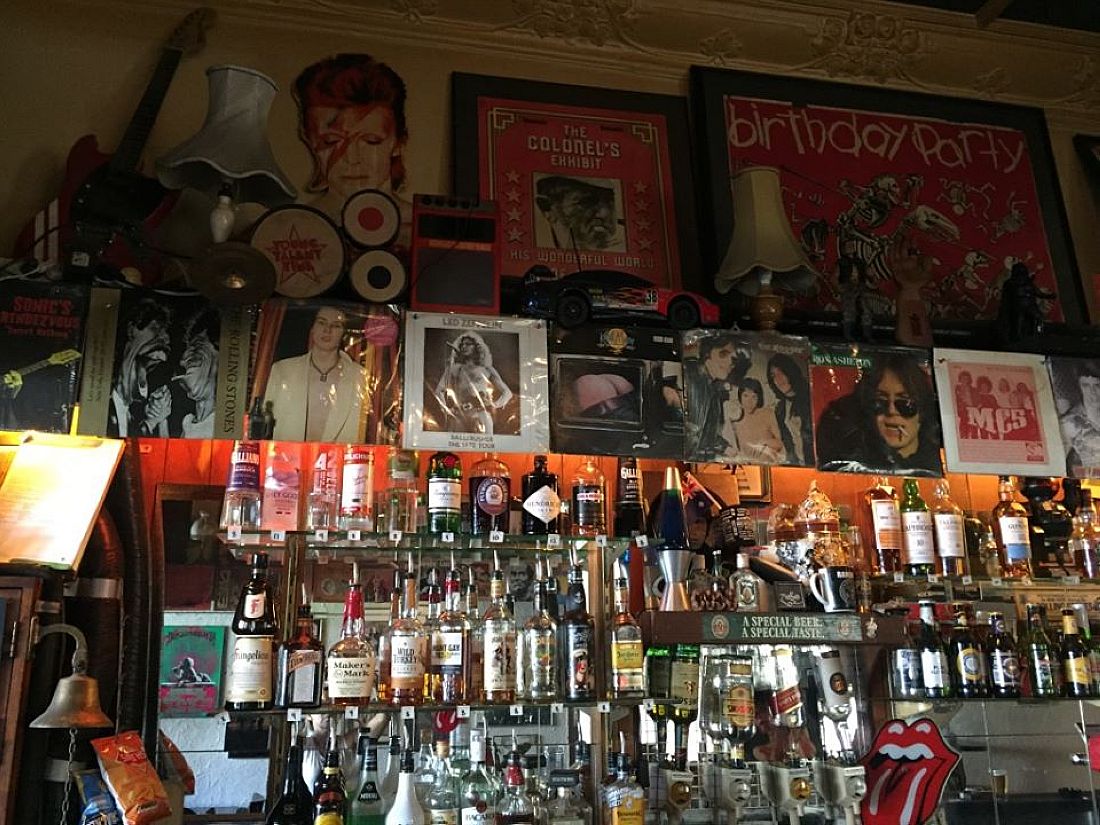 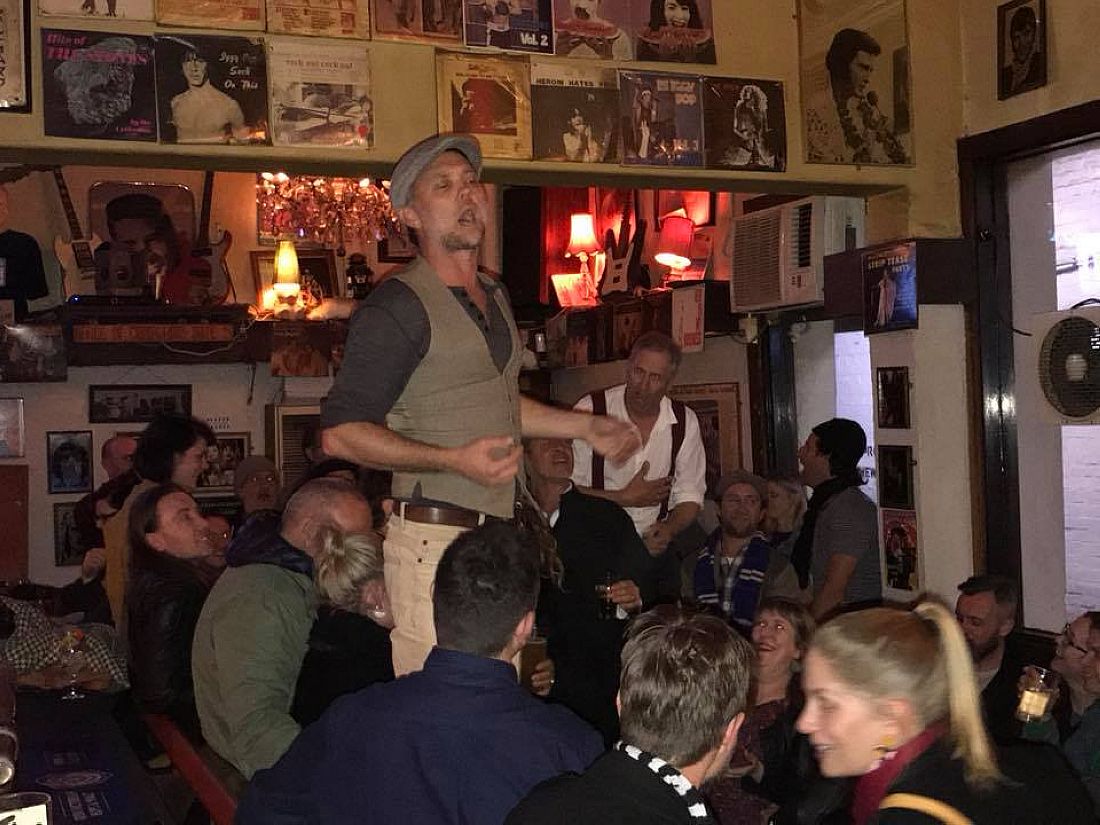